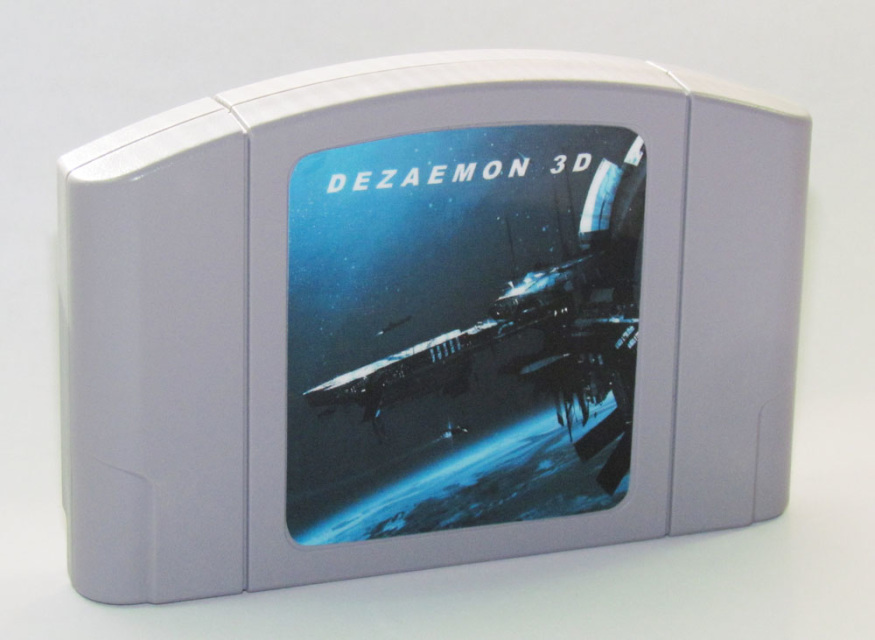 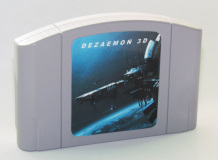 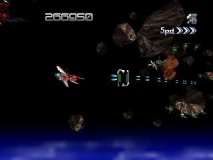 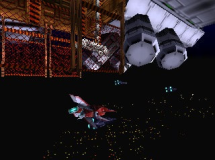 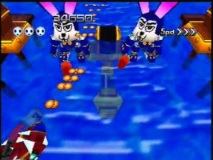 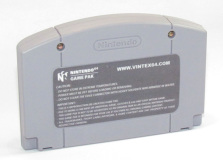 SKU:
$30.00
$30.00
Unavailable
per item
Pre-loaded with 3 shooter'n up sample games with English menu.
Add to Cart
This game was designed to give players the chance to build their own 3D shooting games, but this requires understanding of Japaneses text and save feature that this Game Pak does not contain. Yet, this game does contain three pre-loaded sample shoot'm up games; two of them can be accessed by the English menu.

The first sample, a space shooter action game based on 2D style with 3D aspects;  sort of a mediocre RayStorm clone. See image 2 & 3. The second sample,  a blasting anthropomorphic rabbits as they ride motorbikes and get chased by sharks; a neat little gem that mixes vertical and horizontal shooting. See image 4.

The third sample, another space shooter action game, believed to be a follow up to Ramsie on the Saturn, but requires a cheat code to play. See image 5.  Can download the code at this link. However, to date no one publicly managed to get the code working. If you get it working or have patched the ROM (for easy play access), please let us know. We'll give you a free Game Pak of your choice as our thanks.

This game was also meant for the ill-fated N64 Disk Drive accessory. And a modified version been created that merges the 64DD content. Vintex 64 has plans to release this on Game Pak in the future (which will include the save feature), but is not available at this time.

For shoot'm up games fans, a very limited genre on the N64, this title is for you!